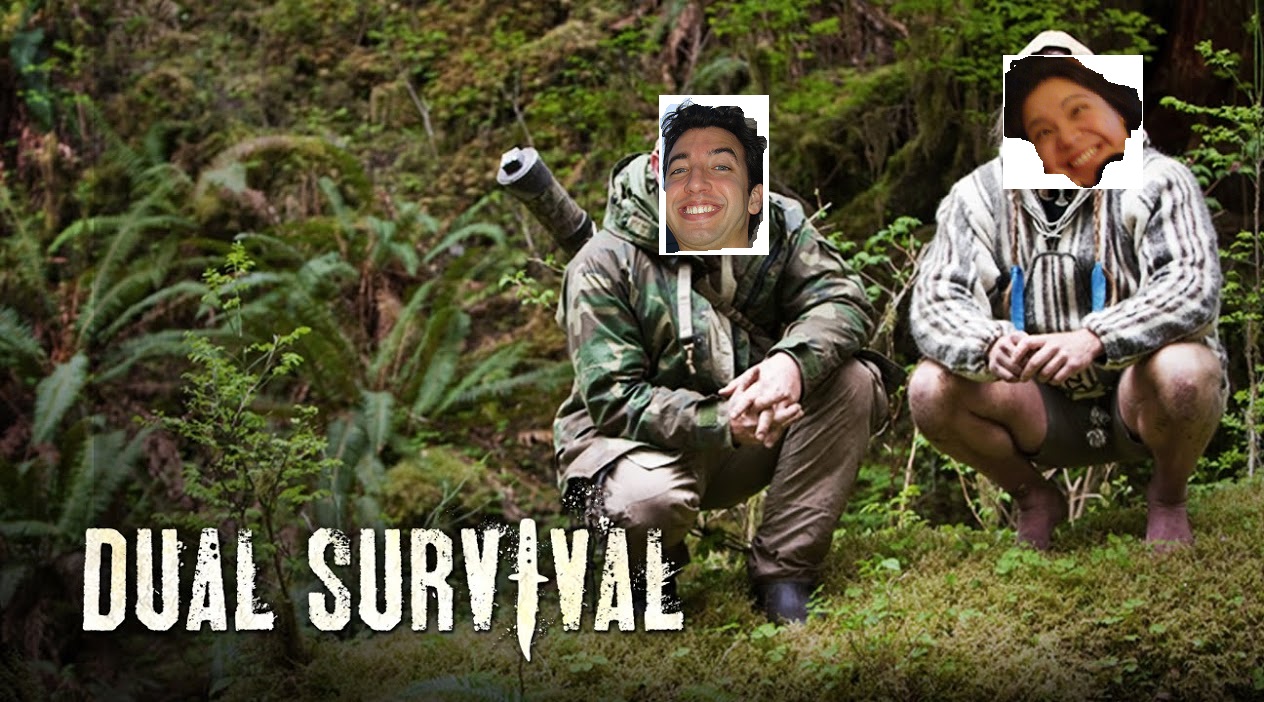 The only thing more annoying than someone asking you “are we there yet” is someone saying “oh-o” when going 70 miles an hour and you’re noticing a slow decrease in speed of the vehicle only to come to a screeching stop in the middle of no-where somewhere off highway 15, when the sun is setting and you are not familiar with your surroundings. You instantly go into survival-mode and let me tell you, it is not pretty.

But let me back up a little here. A and I had spent all day on the road on a hot summer day several some odd years ago. We were on the way back from Georgia to Pennsylvania with all our belongings in A’s little Toyota Yaris. A was in the middle of his master, finishing up the semester and I was on summerbreak, so while I was driving he would do his homework and while he was driving I mostly was sleeping.

Every now and then we would stop for a snack (read: 20 inch diameter pizza) or gas (read: stop at “south the boarder” and instantly realize that that was a very bad idea) or to just enjoy the ride (read: detour of a 100+ miles just so I could say I was on the toilet on the boarder between two states). So as you can see, A and I had a fun ride all the way down and back up from Georgia. It only takes about 18ish hours, depending on who is driving.

We left Georgia about 6.30 that morning and I was dying to finally get to A’s mom’s house. We decided to stay there for the night since it was closer and we would head to Philadelphia the following day. A thought it to be smarter to take the back-roads of Virginia so we could skip the traffic on the 495 beltway, which also meant a lot of back-roads, very bad GPS-signal and no indicators as to how long it would take us to get onto U.S. route 15 which would directly lead us to the interstate 86.

I am somewhat familiar with the back-roads of VA because first of all I got lost plenty of times to know where I needed to go and secondly I lived right on U.S. route some odd years ago. By the time we we were on route 15 I was hungry and felt super gross from the long drive, I just wanted to be there already. As I was nagging A with my usual nice demeanor asking him every 15 minutes if we were there yet, he just turned up NPR and let me be frank, nothing is more annoying than having to listen to NPR when all you want, is a nice hot shower, a good meal and a soft nice bed.

After about 45 minutes of me quietly glaring out the window, A decided to call his brother. This is when the first “o-ho” left A’s lips since we lost the GPS-signal, so we were just following signs that hopefully eventually would lead us to the interstate. We are both careful drivers and of course had a map of the east coast in the car, but did I mention that I do get lost any chance I get? A’s conversation to his brother took about 37 minutes and 44 seconds, I know this because A’s phone-battery died and a second, yet muffled, “o-ho” was clearly audible.

Back then cellphones were still a new thing, that we could very well live without, which meant that we didn’t have a charger for the phone in the car. Nowadays nobody wouldn’t buy a car if the charger for the cellphone wasn’t included. After a few quiet minutes I heard a big “o-ho”, like as big as the red light that was now blinking violent on the dashboard. The indicator was well into empty and already hitting empty-empty. Like nothing is left in the tank, empty.

We found ourselves, without a GPS-signal, which meant no means to look up where the next gas-station was, no phone battery to call A’s family if they were close by to bring us some gas, and no gas to get to the next gas-station, in the middle of nowhere, no signs, almost no people and a big “o-ho” written all over A’s face. The AC, the radio and whatever else you could possibly turn off to save gas, we did turn off, I am still surprised A hadn’t suggested to turn off the headlights to save gas, in the dark, in deer-country, but he didn’t, thankfully.

Somehow we made it to the next exit, where the engine made a suffering sound and instantly died. We sat there about 3 minutes in silence, each wondering what to do next. There we were on the exit, with no gas, no phone to call anyone and no GPS showing us where the next gas station is. But A is a somewhat self-announced survival-expert, at least when it comes to empty gas tanks. Luckily he had a empty gallon-plastic-measurement-box-thingi in his trunk. To be honest I have no idea what you call these gallon thingis because I not once in my life had to use them, however A explained to me several months later that he ran out of gas plenty of times and that is when he decided to keep one of these bottle-things in his trunk.

A climbed through the back of his car, which mind you was a small three-door-Yaris to get to his trunk. Once he got that, he climbed out of my side of the car, so we could avoid getting hit by another car and although it was a quiet night, people were passing us left and right. Well, actually just left, since we were blocking the left. I am not quite sure how long A had to walk to get to the next gas station, as we decided it would be best for me to stay in the car in case rescue would come. In retrospect I am not quite sure what A meant with rescue. I didn’t expect a helicopter to pick us up or a tow-truck without us being able to call one, but in A’s mind, staying with the vehicle at all times and only splitting up when you really really really have to, made sense.

A had to climb over a fence and jump about 3 feet into the woods and although that does not sound very scary or like a live-or-die-situation, however later on A would make it out to just that. Life threatening. As I was watching him fighting for his life in the remote wild of Virginia, I couldn’t help but laugh, now THAT was just comical and I wish we would have had smartphones back then because I would have filmed that for future generations to learn from. After about 45 minutes, which felt like an eternity A finally returned. He filled up the tank with a gallon of gas which made the Yaris purr like a little cat and off we were to the nearest gas-station where A just had come back from.

Now since I know that most people probably don’t let their car get completely empty before they refill their tank, with this I want you to enjoy your Christmas holidays just as much as I enjoyed every minute of the ride with A that hot summer day. Stay warm. Stay save. And give your families and friends a big hug.

*p.s. I am obviously not very talented when it comes to photoshop…!