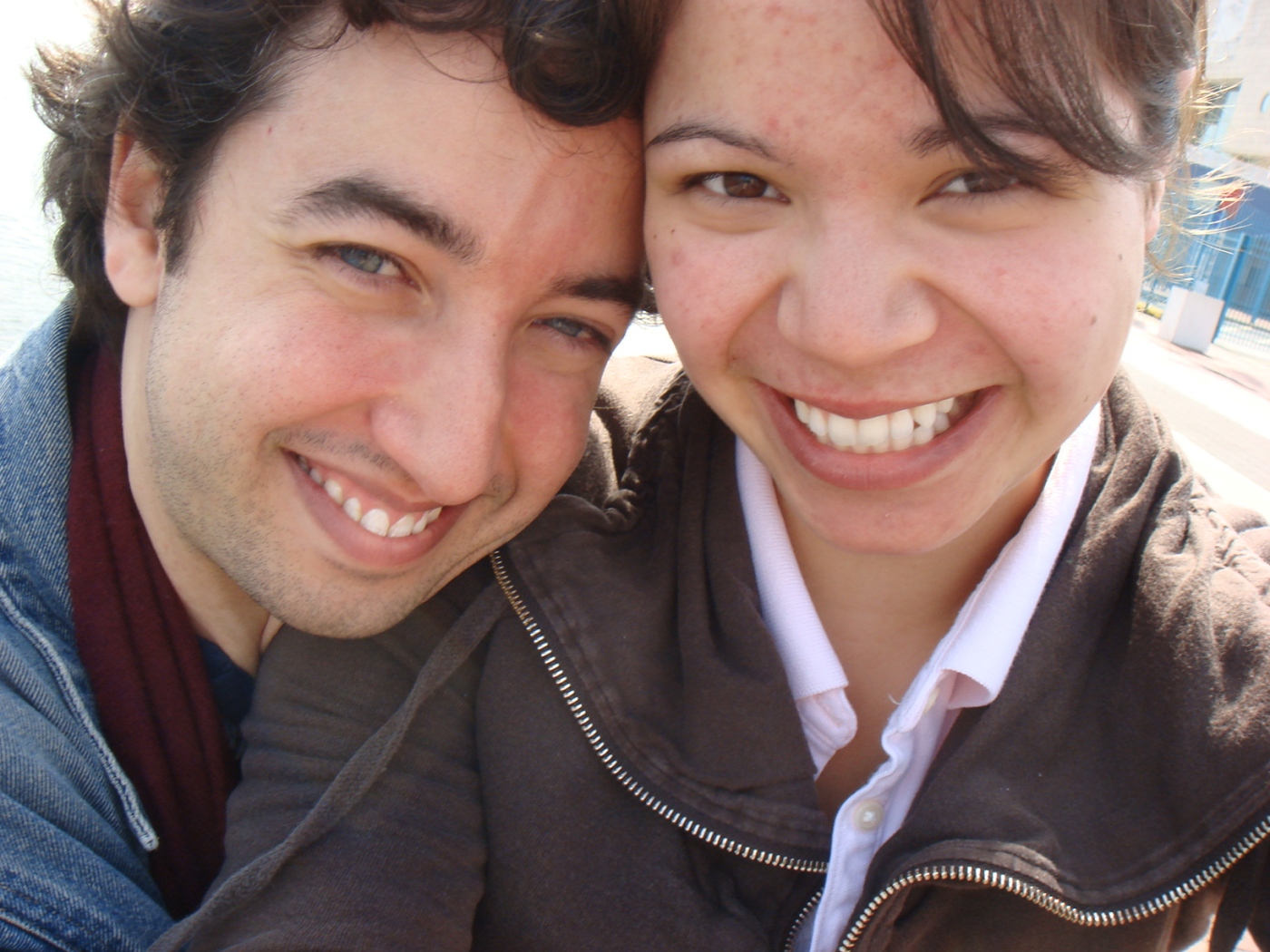 Since our wedding is only a few weeks away, I want to give you a bit of an insight on what you have to expect when attending our wedding. I also want you to truly understand what I had and have to live with ever since A and I got engaged back in October 2012. Also, I want you to fully understand that everything I am going to disclose now has actually happened. And I mean everything.

Let me start by saying that until I was in the midst of having to plan a wedding, I found the term “bridezilla” to be rather comical. I mean seriously, whoever came up with that term was a sheer genius. I thought people would call brides-to-be that just to mock them but they do not. You drown in invitations, date-settings, negotiating with caterers and talking to whomever that somehow has business in your wedding planning and all of a sudden you don’t know anymore where your head is. And I never, in a million years, thought I would say this one day, but my husband-to-be is a true bridezilla.

I want you to read this carefully, especially if you are attending our wedding, because when you get the chance to ask him about this, he will deny it. He will laugh and probably cry tears, but either way, he will deny deny deny. Which is why I took the liberty to write this little anecdote about the most awesomest fiance ever.

A is a DIY-man. He will do everything himself, so it shouldn’t come to a surprise when I say that A thought of everything. And I mean EVERY LITTLE THING. Things you wouldn’t even think about when thinking about planning a wedding. And if something didn’t go his way, he would ponder about and wonder and be unhappy for days. I am way more laid back, I know everything is going to work out, we are not the first couple to ever get married and we will not be the last, so no need to freak out. I kept repeating that to A over and over again, only to realize, that somehow that message did not reach him.

A believes in the impossible, being able to do everything himself, which I admire, because it shows a lot of strength and energy but then again, I also admire the world’s strongest man, that doesn’t mean I have to be that person. So when picking out a wedding place, I was surprised that A didn’t suggest to build our very own chapel, so we could say we got married in our own chapel. And I am sure as A is reading this, he will probably think about whether or not he could build a chapel in the time that we have left before the wedding.

We went through a million places where we could possibly have the wedding at. US? Austria? Norway? Or some place else? Some place else it was. First A and I thought about a church-wedding, but had to quickly dismiss this idea. So we had to pick out something else, a place where we could see ourselves getting married surrounded by friends and family. We looked at so many places, that eventually we didn’t know anymore what we were actually looking for. A vacation spot? A golf course? Swimming pool? Mall? No, we were looking for the perfect place, A insisted. And every time I pointed at something, A would raise his eyebrow – the eyebrow of skepticism – just to let me know, that I was wrong to pick out that place. Every now and then he would shower me with reasons as to why my suggestion was wrong.

A wanted to go big, and I mean seriously big. He was thinking a castle in Scotland and Gordon Ramsay our personal chef. I was thinking a small ice cream shop in VA would do it. So you can see, A and I were very opposing when it came to the place. Until we finally found the one place where we could have both, wonderful food and great ice cream: Italy. We looked at about a hundred places in Italy but I think I made up my mind within seconds when I saw the place that we are going to get married at. But I am not cruel, I do everything to make A happy, so I looked at another 105 places. Eventually I would point to my first choice and let the thought ponder while I slowly convinced A that it was his idea to pick that place in the first place, which was not true, but hey – it worked.

So once that was squared away, we could start designing our wedding invitations and oh my, who ever insisted on that it was necessary to have so many options? I mean, if it were me I would have texted everyone the deeds and be done with it. But oh no, NOT A. He showed me about a billion designs that he had come up with. And to this day I have no idea how we even decided on a postcard, but somehow we managed to agree on a simple invitation, that A designed himself. I still think texting would have been so much more efficient but at least A happily can say that he was in charge of invitations.

As we started jotting down our guestlists, both A and I panicked, thinking that the place we picked wouldn’t be able to hold a billion people. A and I talked endlessly about our guestlists, but mainly because I felt like I wanted to invite every single soul on this planet to share this happy moment with us but ultimately we both agreed that we actually wanted a small ceremony, which is why we limited the guestlist to the people that know the both of us very well.

We thought about someone to officiate us, imagining an old Italian catholic priest who disapproved of us having lived together before we got married. And furthermore disapproved of our very very very broken (read: non-existent) Italian. Until one day I had the marvelous idea for one of our friends to officiate us, not any kind of friend, but one of my best friends. We called her up and taped the entire conversation, which went a bit like a lot of silence a lot of laughter.

Here I want to stop and tell you, that I was in charge of deserts. Not more, not less. Because I am good at picking out deserts. A however took it upon himself to figure out everything else. When asked if I could help plan our wedding, he would dismissively say, no no, it’s alright, we got it figured out. Every now and then he would give me a glimpse of hope and let me in on some decision-making, but I think he only did that to make me feel valuable in this process. Also, I do not complain about this, because ultimately with A taking charge, I know things get done and I know that if I were in full charge, my bridesmaids would wear pink-fluffy and ugly dresses, but they got spared that. And while A was responsible for all the wedding details, I took it upon myself to get the paperwork in order and let me tell you, THAT was some work, but that I will tell you some other time.

Great, so on the big decisions we could decide easily, I was able to pick out my own wedding band, wedding dress, wedding shoes and anything else that you need to look pretty on our big day. These decisions were made quickly, I knew what I wanted and that I chose. Only then, when it came to all the details did I realize that A was special. I mean, I always knew that, but I never met a person in my life that had such a hard time deciding on what kind of ring he wanted. He searched the web, went to several jewelers and still could not make up his mind. A yellow legal pad and a pro-contra list, did not help and that he tried, endlessly. He would mumble something along the lines of “I am going to wear this for the rest of my life”. Endless nights about that.

It got even worse with his suit, I wasn’t even aware that it was possible to clown around so much about a suit, this color or that color, back pockets, vest, cufflinks, tie, shirt… When I asked him about it, he would always say “but I want to look good for you”. I had to remind him that I would marry him with a plastic bag over his head if that were to make him happy and decide on what to get married in, however that only led to a huge blow-out and no decision-making. Note to myself: Never argue with A when deciding on what suit to get.

There were endless discussions on how to best get to our wedding location (get a car, bike, run, fly, jump out of a helicopter), how to get everything prepared, how to do this and how to do that, which all resulted in A not discussing any of this at home anymore, since I was obviously not taking this seriously, but him going to work and deciding for himself there, which I guess was the best possible result anyways, because now everything is planned and we are good to go.

However whenever something didn’t go the way A anticipated he would get over dramatic about it and throw his hands in the air, gasp and if he could speak Greek, he would probably cuss a lot in Greek too, but since he can’t he mumbles in English something about the world is out to get him, which obviously it’s not. These instances would change from few and much time in between, to super frequently every single day. Up to today. This morning A paraded the full range of bridezilla emotions before I even had a chance to take a sip of tea.

Frequently he would throw his hands in the air and make statements like, “why even get married, if everyone does what they want” and “why am I even doing this” and “why can’t they do what I tell them”. It was hysterical, I laughed for hours and still am writing this with a smile on my face. Because without A’s bridezilla’s moments, the wedding planning would have only been half as much fun. And I cannot wait to say yes to my better but more dramatic and bridezilla-half. He is a true gem and I love him with all my heart. 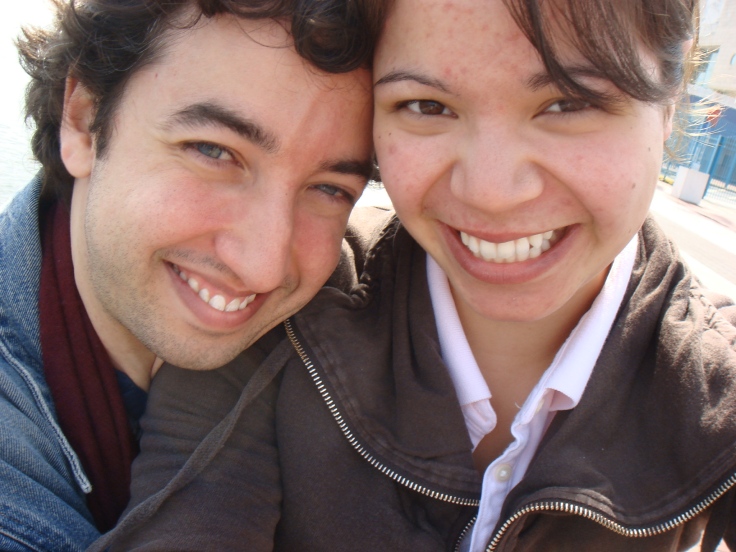