Remember the plans you made when you were 17, sitting on your Hollywood swing on your front porch? (How many of you actually have done that? Well, not me, but I sat at my desk and thought about the future, same thing!) What job you were going to have, where you were going to live, how you would master the world and would make it seem like it was no big deal at all. Well, reality check, 10 years later and the plans you made when you were 17 are just that, plans. That’s what life does to you, it screws over your master plan.

In my master plan I would have never moved to the US, Norway or Hong Kong, somehow I would have also not stayed in Austria, so I am not quite sure how I thought that was possible.

I’ll let you in on a secret. I actually made a list when I was 17, I actually wrote down a list of goals for me to reach within the next 10 years and I can guarantee you I have reached none of them. The orange envelope is still sitting at the bottom of the lowest drawer of my childhood desk and there it will remain for quite some time, that is until my parents decide that my desk, where I spent endless nights writing (because yes, that’s what I did when I was child, I wrote stories and poems and books!) and reading (because yes, that’s the other thing I did, reading everything that I could possibly read, sometimes reading 4 books at the same time, although not simultaneously!) wouldn’t be worth keeping.

Now my little niece has the very same room, where I sat and read and wrote and she makes it her own (well, technically my parents make it her room, for when she visits) and I love it, at least finally there will be one girly room in the house, because honestly, I was never a girly girl and I never loved pink, she on the other hand would eat pink vegetables if that were a thing (don’t tempt China to produce that, I know they could!). Here a picture of my little niece in Vienna.

And even if that orange envelope disappears and I never get to see it again, I know by heart every point on that list, because for the longest time I thought that’s where I had to be. I am going to spare you the boring details of my list, because I think you know what you would have written on your list. But I’ll tell you that I am nowhere near my 10-year goal, that would be ridiculous because if I were, then I’d own a white house on a cliff, far away from a big city with a view of the ocean, spending my day gazing out of the window basically doing nothing and loving life. So yes, in my 17-year-old head I am a bum.

Instead I spend this past year traveling from Nord-Norway to Italy, to Iceland to Hong Kong and I loved every single minute of my not so bummed out life. It wasn’t easy, nothing is ever easy. But quite honestly I know I am a blessed hard-worker and I know that every choice I make has a reason and a consequence, ultimately that’s what the 17-year old me didn’t realize. But also my 17 year old me would have never traveled so far just to see baby turtles in Malaysia.

The list I made when I was 17 had all the things that I thought I wanted for myself. I thought that was who I was supposed to be, I thought that if you write it down, you have to follow through, but if that were true, I’d have green hair, would have to spend all day writing but how can you write if you don’t experience? Can you explain what chocolate tastes like without knowing where chocolate comes from?

But if there is anything worth keeping from your 17 year old self it is the enthusiasm for life. The love you have for the smallest and simplest things. The excitement of what the future holds has never left me and I don’t think it will any time soon. So, for this I thank my 17 year old self as 10 years have passed and I still have the same passion and compassion for the world that surrounds me. So don’t reminisce about old times while singing “Forever Young” but go out there and be amazed. Ultimately that’s what your 17 year old self would have wanted, do yourself proud! (And yes, that’s me with 17) 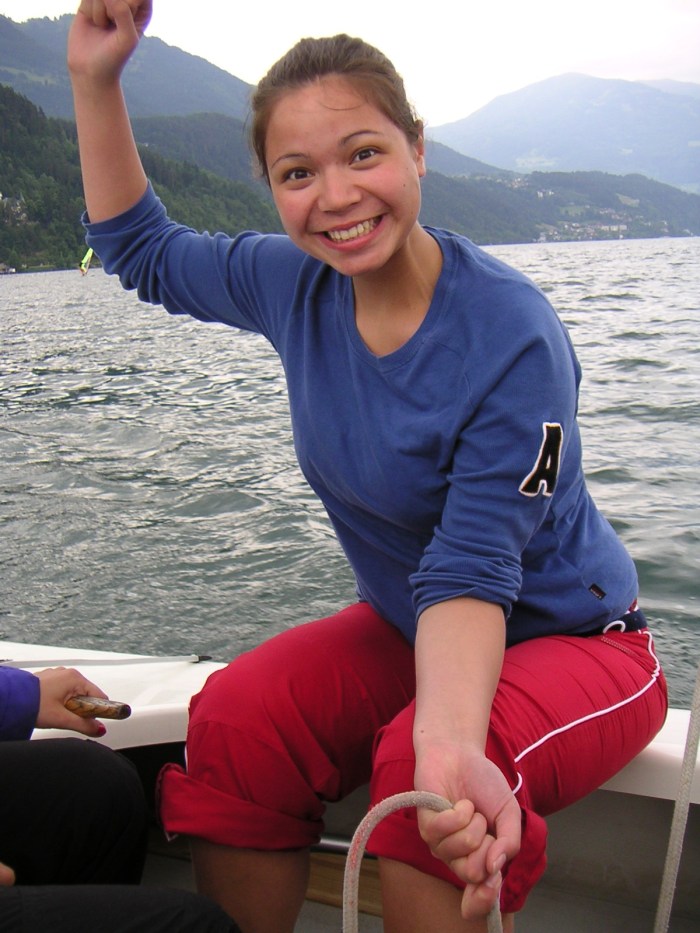