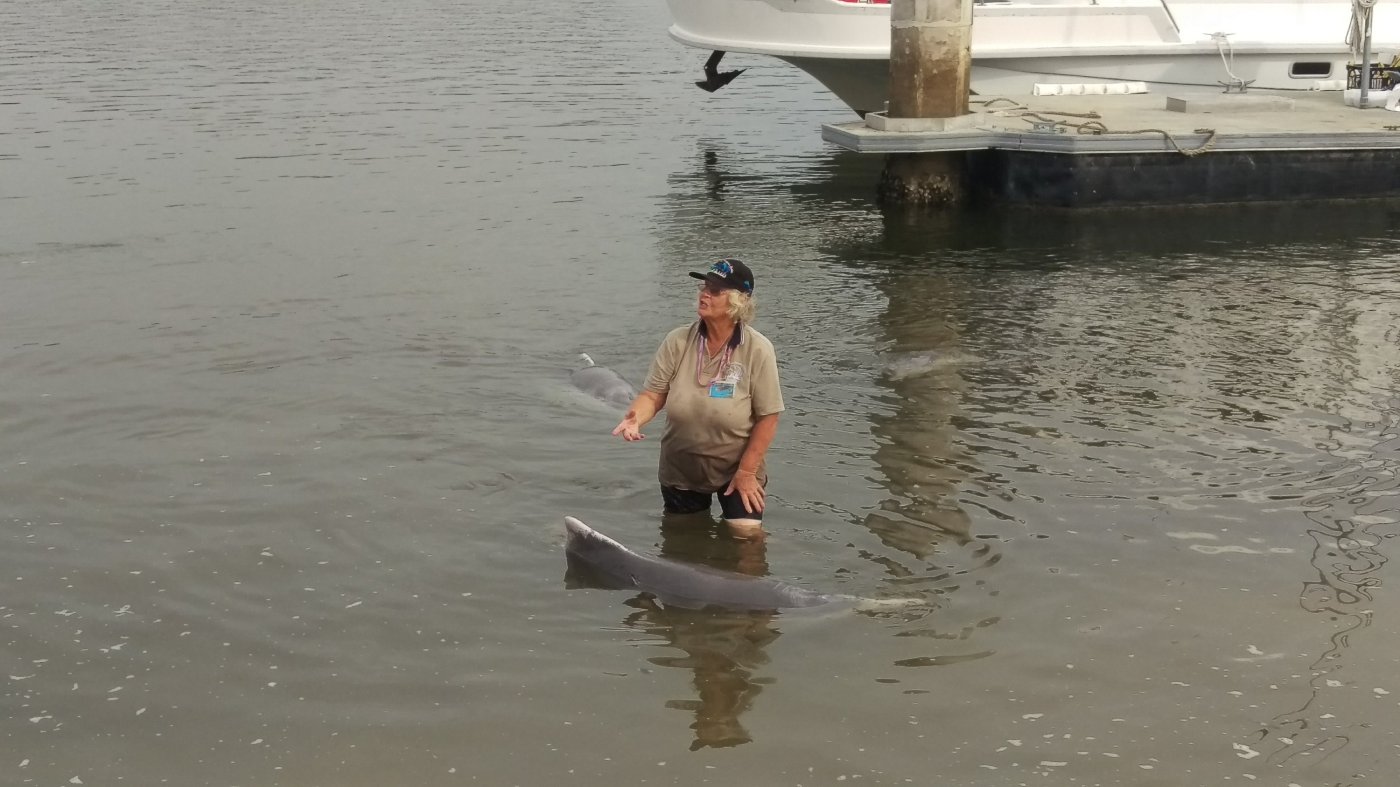 A and I have spent the majority of yesterday driving but not without two pitstops. We drove an hour to the beach to have one of the most amazing encounters ever:

Throughout our time in Australia we noticed that people think of us as exotic, especially in places where they may not see a lot of foreigners. So, everyone we meet is very happy to talk to us and furthermore tell us everything about what to see, do and eat! And when we talked to a nice lady about our immediate future plans she told us we had to see the wild dolphins.

So, although it was out of our way and added quite a bit to our overall drive time, A can’t resist a happy me. So he made the effort, got up super early with me and drove to a small harbour. We were told the dolphins show up between 7 and 8 and they are wild humpback dolphins living in the estuary. They’re about 2.5 meters long and have a short snout and dorsal fin. They also have loads of predators, like tiger and bull sharks as well as boats.

These particular group of dolphins had been coming to the harbor for more than 4 centuries. It started out because the very first dolphin got hurt badly and needed help, so he came to the harbor where a man nurtured him back to health. Soon after they would show up every day and the man would feed the dolphins every day… and 40 years later that are still doing it.

The dolphins don’t depend on the fish, they can come and go as they please. Sometimes they just stop coming. They occasionally bring stuff, like glass bottles or other trash that doesn’t belong into the estuary, to the volunteers who have taken over the man’s calling. They are playful with the volunteers but no-one ever touches the dolphins or is allowed to.

Every morning, sunshine or rain, a group of visitors come visit and they pay 5 AUD for entrance and if they want to feed the dolphins an additional 5 AUD but each dolphin doesn’t get more than 3kg per day. So even if they get fed, they still need to look for food for themselves…

Needless to say that I was incredibly happy, although sleep deprived and exhausted from the drive the previous day. But it was worth every second of it… Once done, we headed South to one of the most magical places… but more on that once I have recovered from all the natural beauty Australia has to offer.