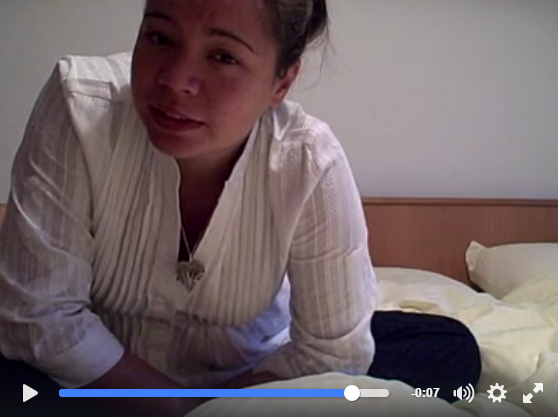 There is a few things in life that one cannot recover from. A broken heart is one of these things. I think the initial crack, is what hurts the most. It’s like a hairline fracture, it seems so tiny and innocent and yet it causes you excruciating pain. Of course, time heals all wounds (or so they say), but even if you had all the time in the world, you will never be the same as pre-broken-hearted.

The day I knew what a broken heart felt like was unlike any other day. It was a sunny summer morning in August of 2009 somewhere in Austria and after having struggled for several days with jetlag and reverse culture shock, I slowly realized that somehow I had to make it through the next few hours, days and weeks without A physically by my side. And I felt utterly crushed.

I was lost in the sea of faces that I had missed so much while I was exploring the world. I think my mom knew the second she saw me dragging my luggage through the exit-doors at the airport. She gave me a very funny look, but she didn’t say a thing and to be honest, there wouldn’t have been anything in the world she could have said to make me feel any better. I don’t think my mind could fully comprehend what my heart was feeling.

Just picture this, there I was, halfway across the world, having created my personal wonderful bubble-life with A, living happy days and then this awful thing, called reality, set in. It was like reading your favorite book and someone ripped out the part with the happy ending. That’s when I had to learn how to function halfheartedly. I was never going to be the same person as before.

Being somewhat responsible human beings, A and I decided to try a long-distance relationship (spoiler alert: we got married a couple years ago), but deciding to do something and then actually following through are two separate pairs of shoes. We struggled greatly and although we got to see each other every few months, the hairline fracture remained and it would crack a little more every time we had to say goodbye.

I don’t think I ever recovered from two years of long distance and having to go through so many painful goodbyes. Knowing that A was so far away and that I couldn’t just pick up everything and leave destroyed me. Quite frankly, this whole thing of “absence makes the heart grow fonder” might work for people dieting or going on vacation but for a serious relationship it felt like someone was trying to suffocate me ever so slowly.

When we finally moved to Norway together a bit over five years ago, there was a whole new set of challenges awaiting us. We actually had the chance to not just talk the talk but walk the walk and we walked (or fall ever so graciously) over the icy grounds of Oslo and grew stronger as individuals and a couple.

But every now and then, I am reminded of the hairline fracture and the pain it caused me for so many years. The funny thing about broken hearts is that it impacts people differently. Some people become closed off, scared to open up and what have you. Me on the other hand, I became the kind of person, that doesn’t hold back emotions. I will tell you a million times a day that I love you, I will remind you of how wonderful you are to me, even when you don’t feel wonderful at all and I will be by your side, even if I know that you don’t actually need me. That’s what my hairline fracture did to me: making me thankful for every single second I have with the ones I love.

With this, I wish you all a very happy Thanksgiving, enjoy the holidays and be kind to one another.