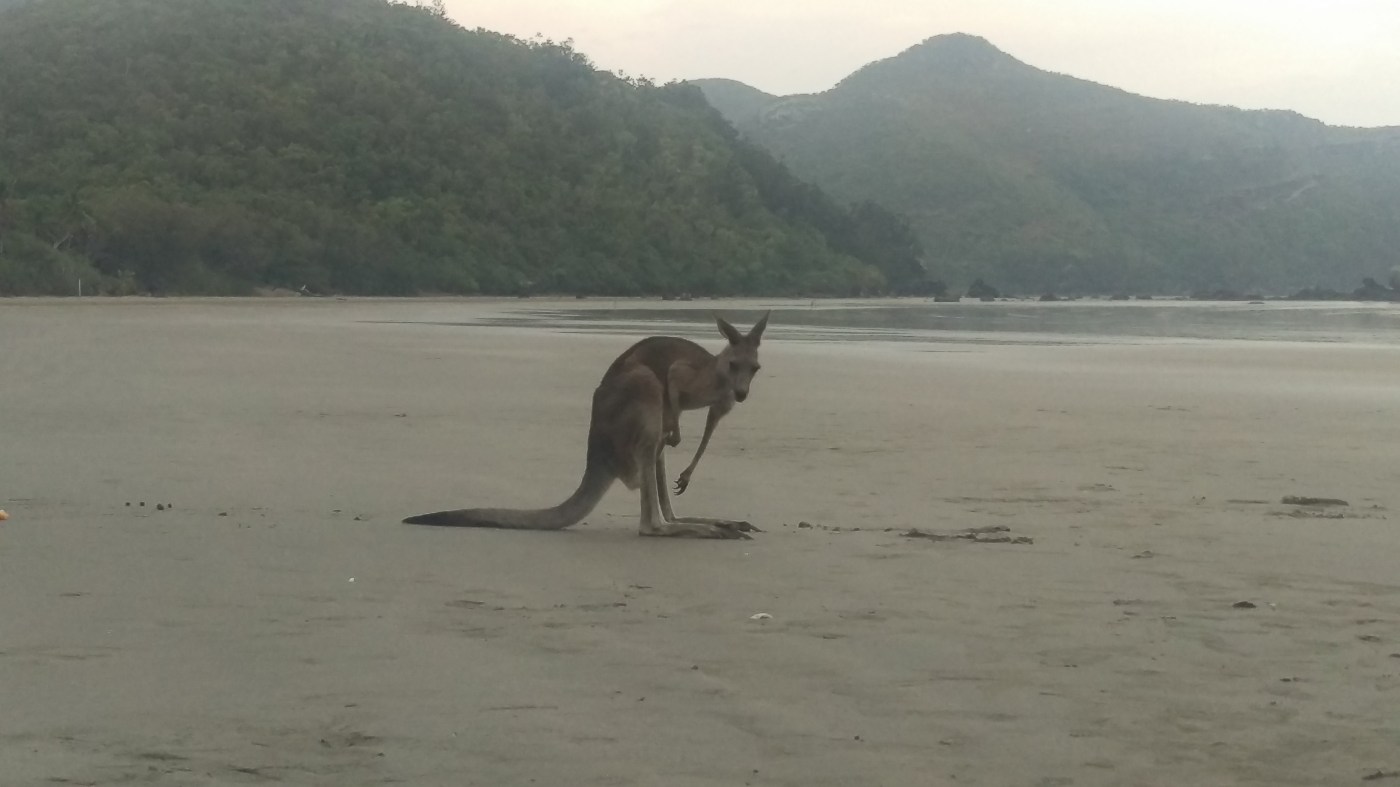 I have absolutely no problem with getting up at 5 am every morning. I rather enjoy it, actually. The streets are quiet, (depending on where and when you are) the sun may start to come up and you can quietly start your working day, while everyone else is still asleep. My co-workers make fun of me because of that, but I think that my early wake ups are rather tranquil really. But I draw the line at 3.30 am wake-up calls. THEY ARE HORRIBLE. Why would anyone ever agree to do that?! Turns out, if you want to enjoy the wildlife in its full glory, you have to adapt, and since wildlife doesn’t care about our sleepiness (my guess is, they rather prefer it), if you want to see them, you have to be there that early!

So, at 3.30 A and I got out of bed, got ready, had a quick bite to eat and a cup of tea and were off to the beach. The sun was nowhere close to coming up, but dawn was still approaching and we slowly could make out little hopping beings on the beach. This is where they come to feed in the wee-hours! So if you want a great natural photo-op, that’s where you get it!

Surprisingly, you could get rather close to these kangaroos. I guess, they’ve grown accustomed to the people taking photos of them. However, they do NOT like drones. Because one insensitive and selfish man had to get drone-photos of the kangaroos, basically performing an aerial chase, the kangaroos rather sooner than later hopped their way. But that doesn’t mean that the encounter wasn’t awesome, it really was! There were so many different types of kangaroos, cautiously curious about the human shenanigans.

After the insensitive man then went his way (and with him most of the kangaroos), only a couple remained, who after a short time too, where off their way. We too, headed our way and drove around Queensland, we saw different parts of fisher villages (and more kangaroos right next to villages, even saw a mamma-kangaroo with a joey in her pouch!), saw the sugar plantations and went on a nature walk where many Aboriginals used to live and hunt and fish in the mangroves. You know, the typical things you do before 9 am on a Tuesday morning! Finally, we made it to the most amazing tea house, that I have ever seen. It’s an old abandoned train station which had been moved to this specific location and which had been in this particular location for the past fifteen years.

The property is to die for, a perfect juxtaposition of old and new, nature and human-kind and if they had some type of hotel going, I would have been ready to move in. That being said, they are a couple years off for starting a glamping resort, so whenever that’s up and running, I will definitely be back. If you ever make it to Mackay (more specifically Ball Bay), Queensland, you definitely need to check them out! And the food and coffee there was the best I had in all our time in Australia (that’s not saying much though, as half of the time I was sick and couldn’t eat much and the other time, we eating at home or on roadstops…). But from what little A and I have been eating out, while here, the Station Teahouse is definitely worth it (for more information visit: https://www.facebook.com/theoldstationteahouse/)

The property even had a place for a small number of injured birds, where the owner has an intimate relationships with the birds and really cares for their well-being. Typically, the owner would release the birds after they are nurtured back to health. But because of the degree of injuries these particular three birds endured and are still recovering from (or cannot recover from), none of them are fit to be released.

This little beaut for instance is blind and wouldn’t survive a day in the wild (because you have to be able to catch your food to eat it). She was hilarious and more often than not behaved diva-like.

This little jokster first approached my shoulder and then jumped onto my head where he sat for quite some time before he went for a little flight. Thinking that this was just a rare happening, he returned after a few minutes and proceeded to eat while sitting comfortably on my head. Not so comfortable though, were his claws, which although injured at a very young age, were still very powerful…

Around 11 am we were dropped off at our hotel A and I went straight for nannanaps i.e. Naps your Nanna takes! Needless to say, that this day was incredibly fun-filled and although exhausting, A and I had a wonderful blast and more importantly, A didn’t complain once about this tour… I CANNOT WAIT for him to see what else I got planned and yes, I am already bracing myself for all the complaints he will bring forward and still, ultimately, he loves it!