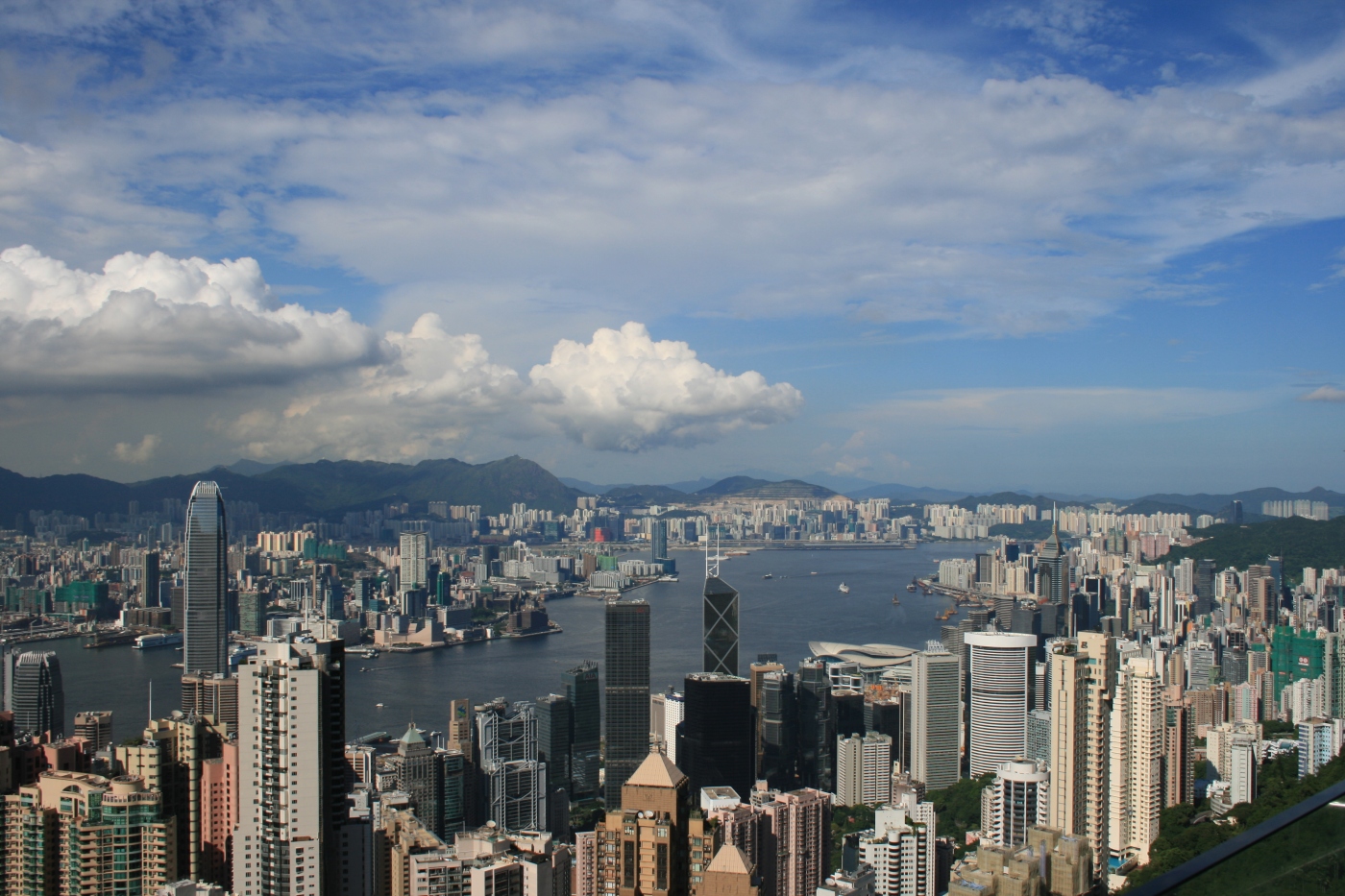 I am 26, originally from Austria. I married my best friend from Pennsylvania in Italy. We moved to Norway three years ago and now I study abroad in Hong Kong. That is my story in three sentences. With this you already know a whole lot about me, without ever having met me. You for instance know, that I am European married to an American. You could say that I like adventures, hence me living in Norway and transitioning to Hong Kong. And you can say, I am not opposed to traveling. Indeed I am not. I love traveling, especially when there is so much to see. I mean, look at this view! How can you not fall in love with Hong Kong when you see that? (Victoria Peak) 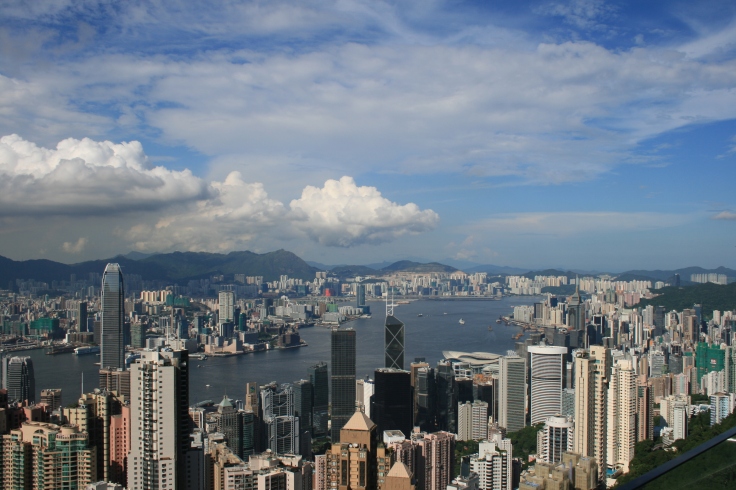 Transitioning from Norway was a bit rough but after three weeks here, I could totally see myself growing old in Hong Kong. If it weren’t for the food. But before I bash on that, I’ll give you the positive first. I absolutely missed living in a big city (no offense Oslo). Having the night-time vibe, always having something to do, some place to go, something to see, it makes me feel alive. I can spend my days at the beach and my nights in the sea of neon lights of central station and I absolutely love it, every single moment of it. Especially when you climb up the hundreds and hundreds steps, drenched in sweat, depleted of your last water resources but being greeted by the 10.000 Buddhas at the 10.000 Buddha Monastery in the New Territories. 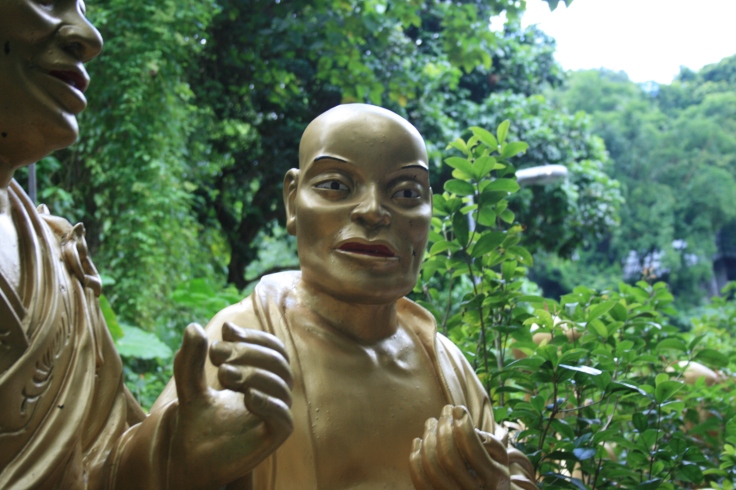 The humidity and the heat are exhausting, but boy, I don’t think I ever slept that good that many consecutive nights in a row (21 to be exact, because that’s how long I’ve been here already). The beads of sweat are constantly forming on my skin, sometimes so fast, I can’t wipe it off fast enough. Although it takes some time to get used to it, the feeling is magnificent. Especially when you feel like you are the only person on a secluded island not having seen a single soul for hours. It makes you feel humble. It is the best feeling in the world, especially when your climb is rewarded with an outstanding view (Lamma Island). 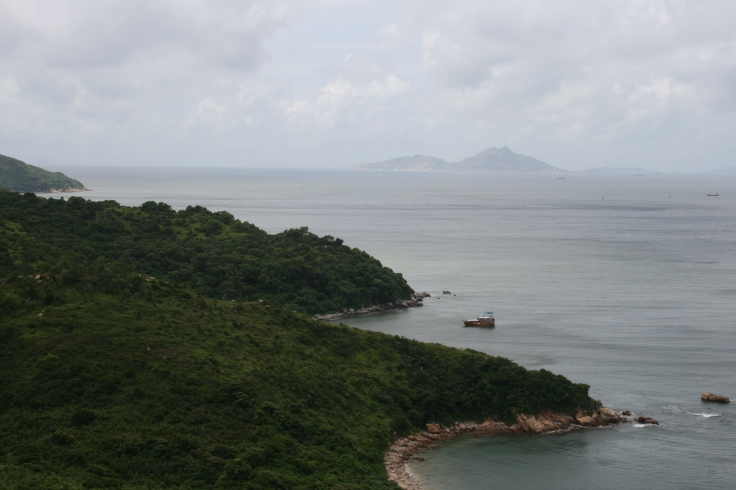 Oh, the views. My word, beyond anything you could ever imagine in your wildest dreams. During the day you can see the ocean from almost anywhere and during the night you see the skyline of Hong Kong’s skyscrapers and it leaves me speechless, every time I see it. Of course, getting used to cars driving on the left side, undefinable smells anywhere you go and chopsticks as regular utensils takes some time, but eventually you too will start a love affair with one of the world’s greatest cities. You just can’t help but fall in love with Hong Kong. (The bridge connecting Hong Kong Island and Lantau (if I am not mistaken).) 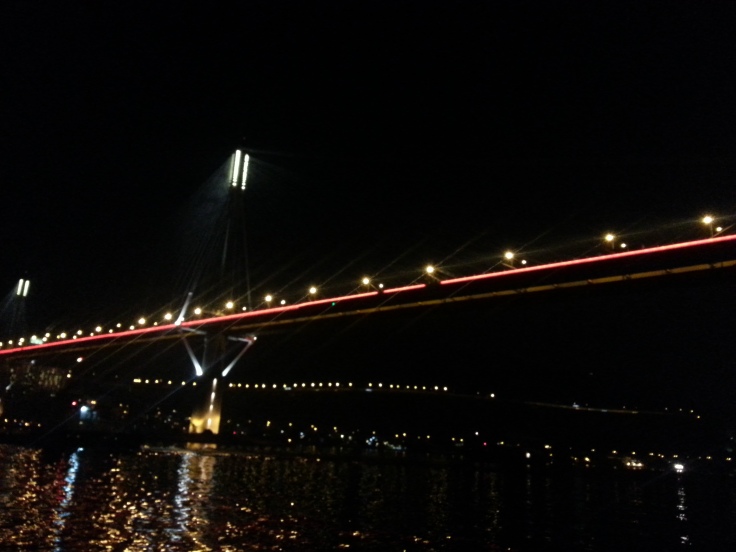 Now the downside to all of this is the food, rats and cockroaches. In that order too. Although, thankfully, the last two I have only encountered on the streets and did not (and hope not ever to) have to deal with them on a close personal basis. The food however, well, that is another story. A story best told at the fish markets in Tai O. Where the horrific smell of dried and alive fish gets into your nose and will not leave you for hours. 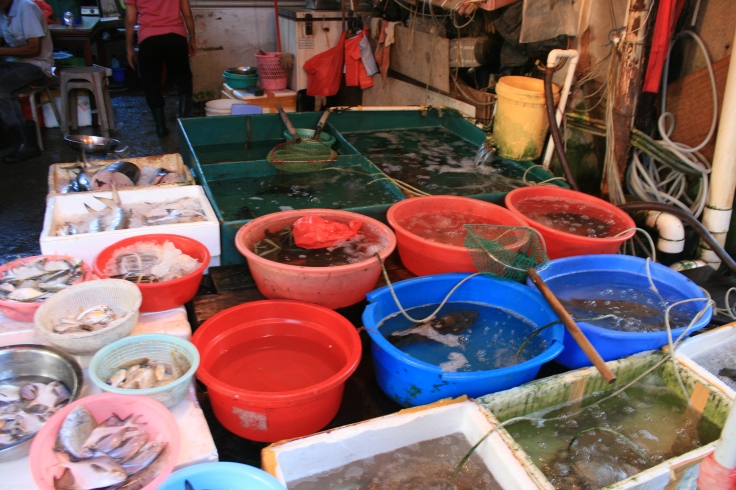 I don’t think Chinese people ever heard of Western Chinese Food. Because that is where the money is at. Instead, they have their very own spin on food and more often than not, I was not so impressed. Don’t get me wrong, I am sure, it is partly my fault for expecting greatness in every bite, but I also never in my life have been so torn when it comes to food. I don’t even know where to begin to describe all the things I’ve seen on a plate so far. From sandworms to curry chicken to eggtarts to mooncake, I think either I am or all of the Hong Kong’s population is utterly confused. (Pressed meets (all kinds of different varieties) in Macau) 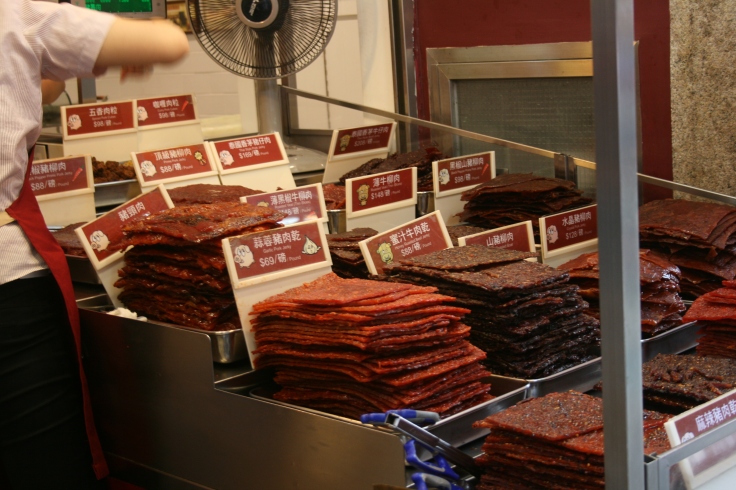 But to all of that, there is always an upside. For instance, they don’t sell that food everywhere, like on festivals? No way. And the Urban Mid-Autumn festival was one not to miss. One where I was super glad that the only smell I had to tolerate came from a supposedly fire breathing dragon and its’ incense. (Although I was so excited all my pictures turned out super shaky, so here is a picture of a lantern that looks like a dragon, how about that?) 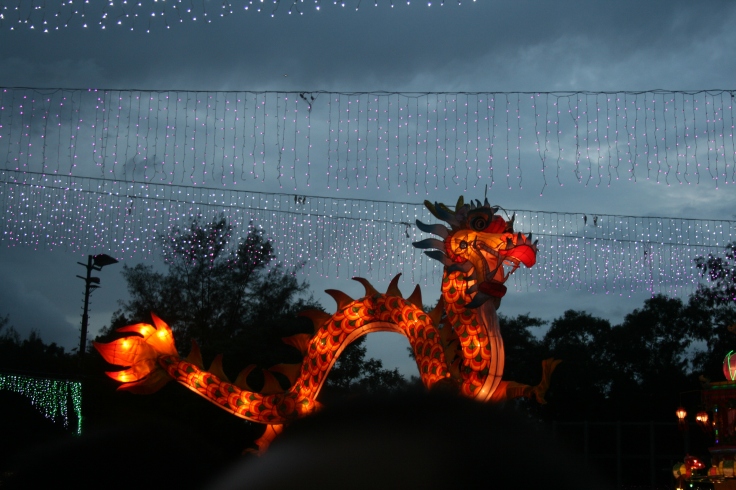 So, in conclusion you can say I am having the time of my life and loving every minute of it, taking it all in and taking a bazillion pictures wherever I go, because that is simply what I am. A tourist in Hong Kong, enjoying every second of it.